What would you find waiting for you on this magical island? 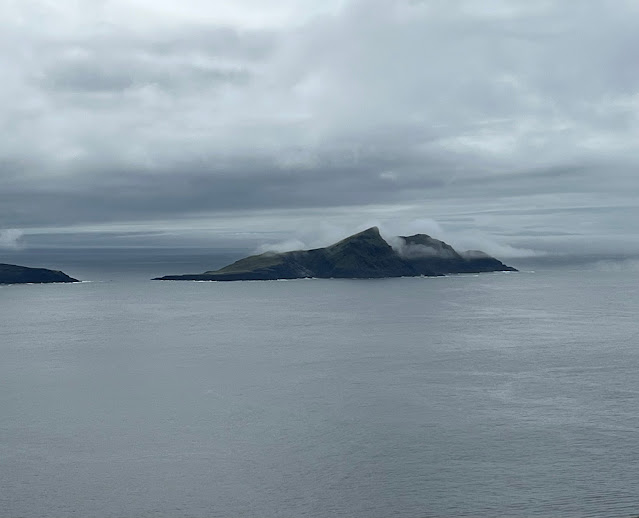 Just for a moment, let your imagination run free. Picture yourself on a boat, gliding over the calm, silver water. The boat carries you to the shore of the island. You step off and there it is. That one special place, moment, person, thing you've been dreaming of, hoping for, counting on - waiting for you there.

Posted by Elizabeth Pagel-Hogan at 9:21 AM No comments:

My little dog loves his friend. They run and play and laugh together. Yes, dogs laugh. 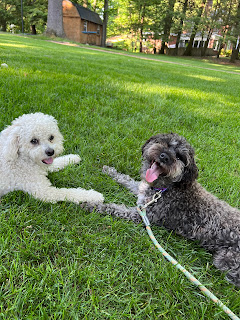 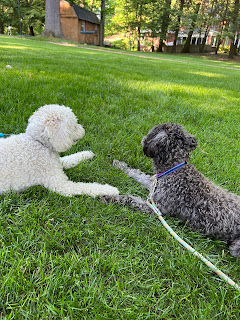 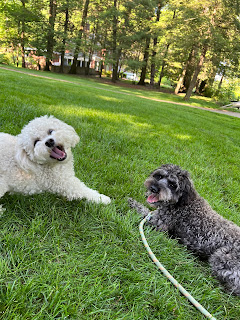 Posted by Elizabeth Pagel-Hogan at 11:28 AM No comments:

I Voted for Myself

I voted for myself yesterday.

I remember reading research that it takes five asks before women consider running for office.

Count this as your first ask.

Learn more at She Should Run.

Posted by Elizabeth Pagel-Hogan at 12:08 PM No comments:

My Dog Wants You to Check Out this Book! 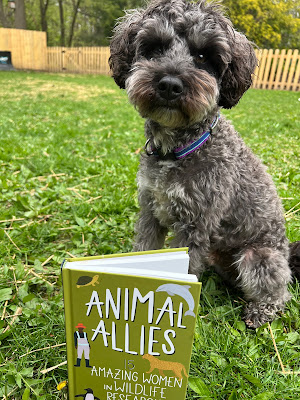 Get a copy of Animal Allies: 15 Amazing Women in Wildlife Research today!

Posted by Elizabeth Pagel-Hogan at 4:49 PM No comments: 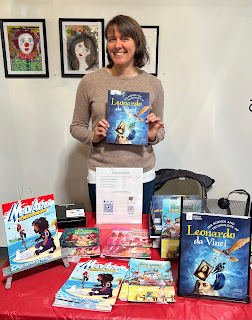 I'll be at very first ever
Greater Pittsburgh Festival of Books
on May 14, 2022!
Will you be there?

Posted by Elizabeth Pagel-Hogan at 10:03 AM No comments:

We drove four hours for the soccer tournament but the thunderstorm followed us. It rolled in from the west and lightning sparked across the darkened sky.

We sat in the car trying to keep our hopes up.

As we waited for a decision, there was a commotion in the parking lot. The rain was gone but everyone was out of their vehicles exclaiming and taking photos.

It was a full double.

We were in awe. 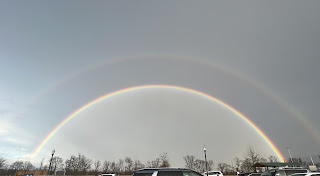 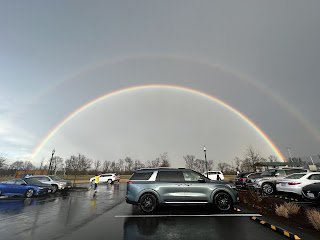 Later, they canceled the game.

Posted by Elizabeth Pagel-Hogan at 7:30 AM No comments:

I made Carrageen Pudding

I'm working on a story set in Ireland, and I wanted to include a really unusual Irish dessert. I settled on Carrageen pudding, because my story is set near the sea. My mother-in-law used to eat this when she was young. She didn't love it.
But I decided to give a it a try.
First, I ordered the seaweed from Ireland. It smelled like tea when I opened the bag. 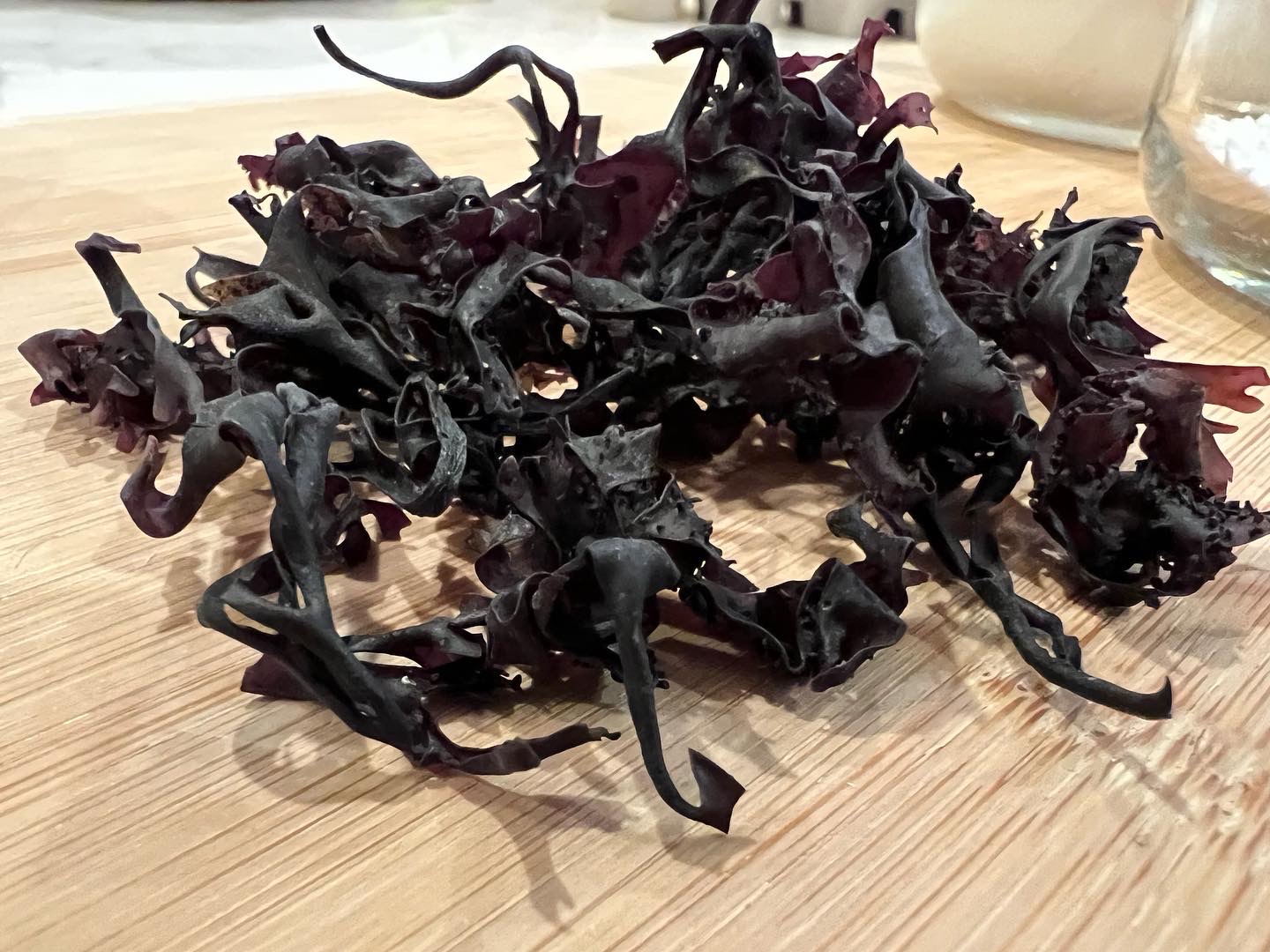 I gathered the ingredients. 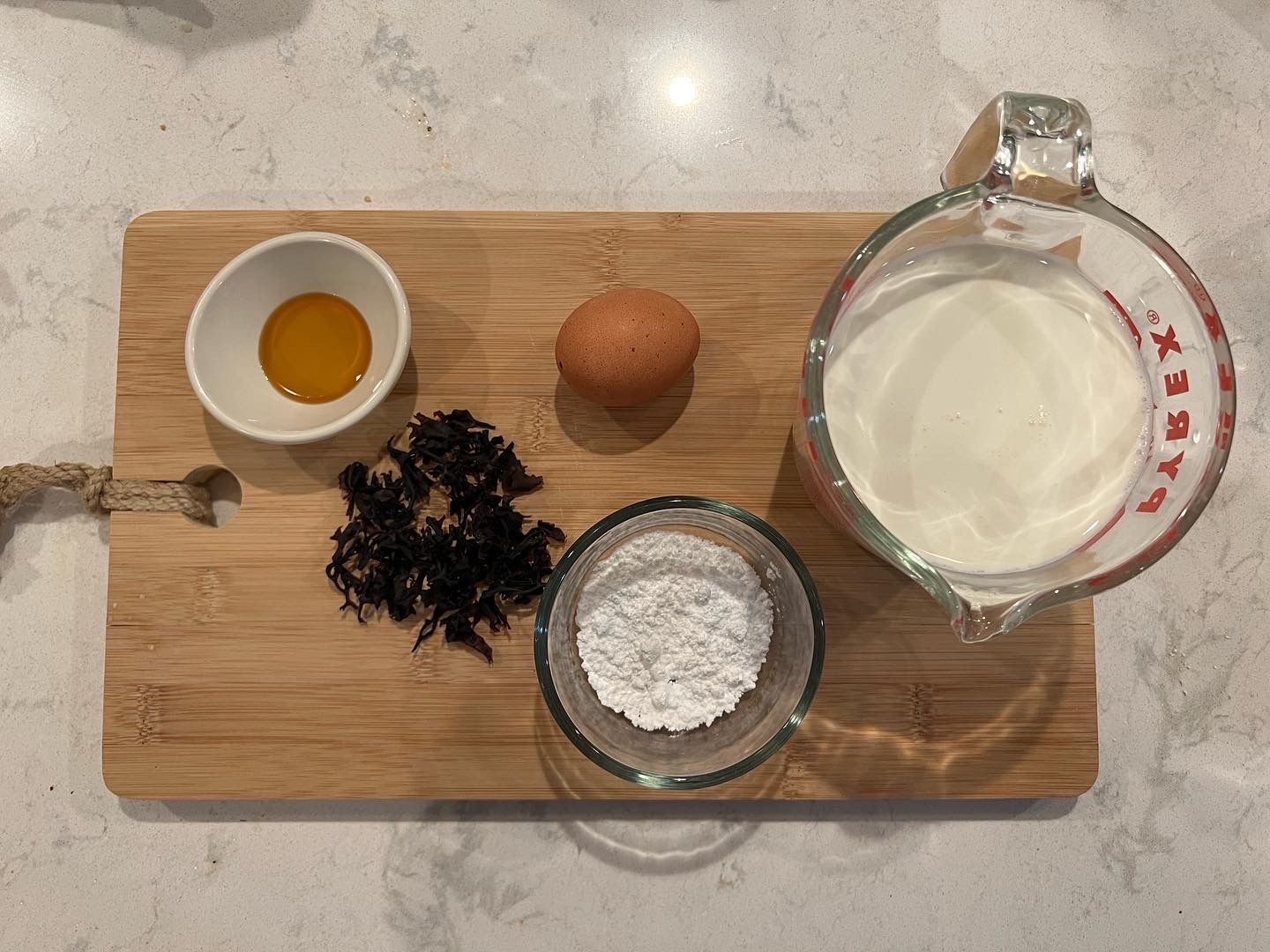 This is the part where I steeped the seaweed in the half and half, sugar, and vanilla. It was too hard to take a photo of the next part, but I basically pressed the jelly from the seaweed through a sieve back into the milk mixture. The jelly helps the milk set so it becomes more of a panacotta. I think I could have gotten out more jelly when I try again.

There's also a step where you whip an egg white into a foam and fold it in. I could do better folding next time, too. 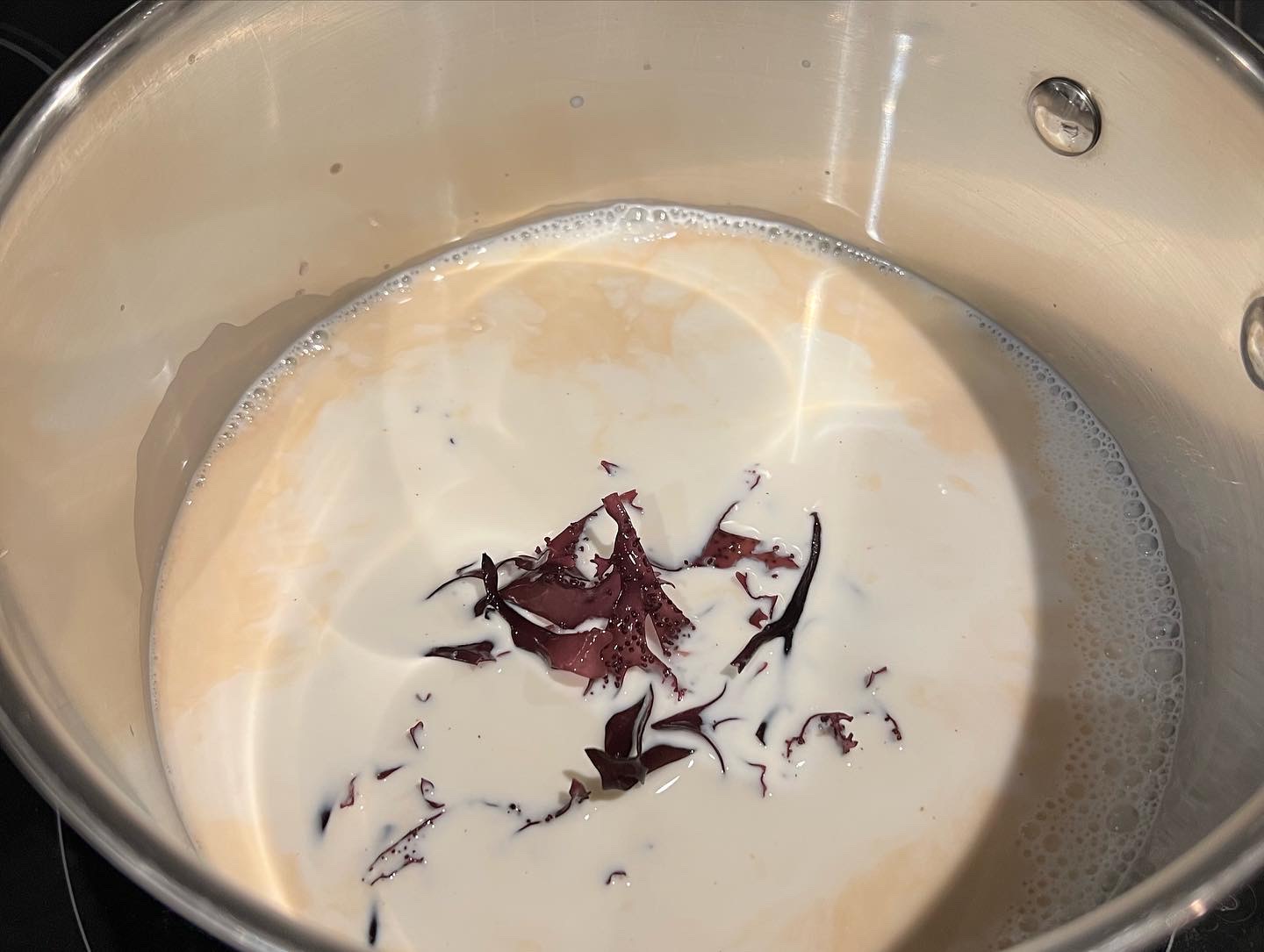 I let it set overnight and whipped up a quick coulis, but I added strawberries to offset too much raspberry flavor. I'm not a big raspberry fan. 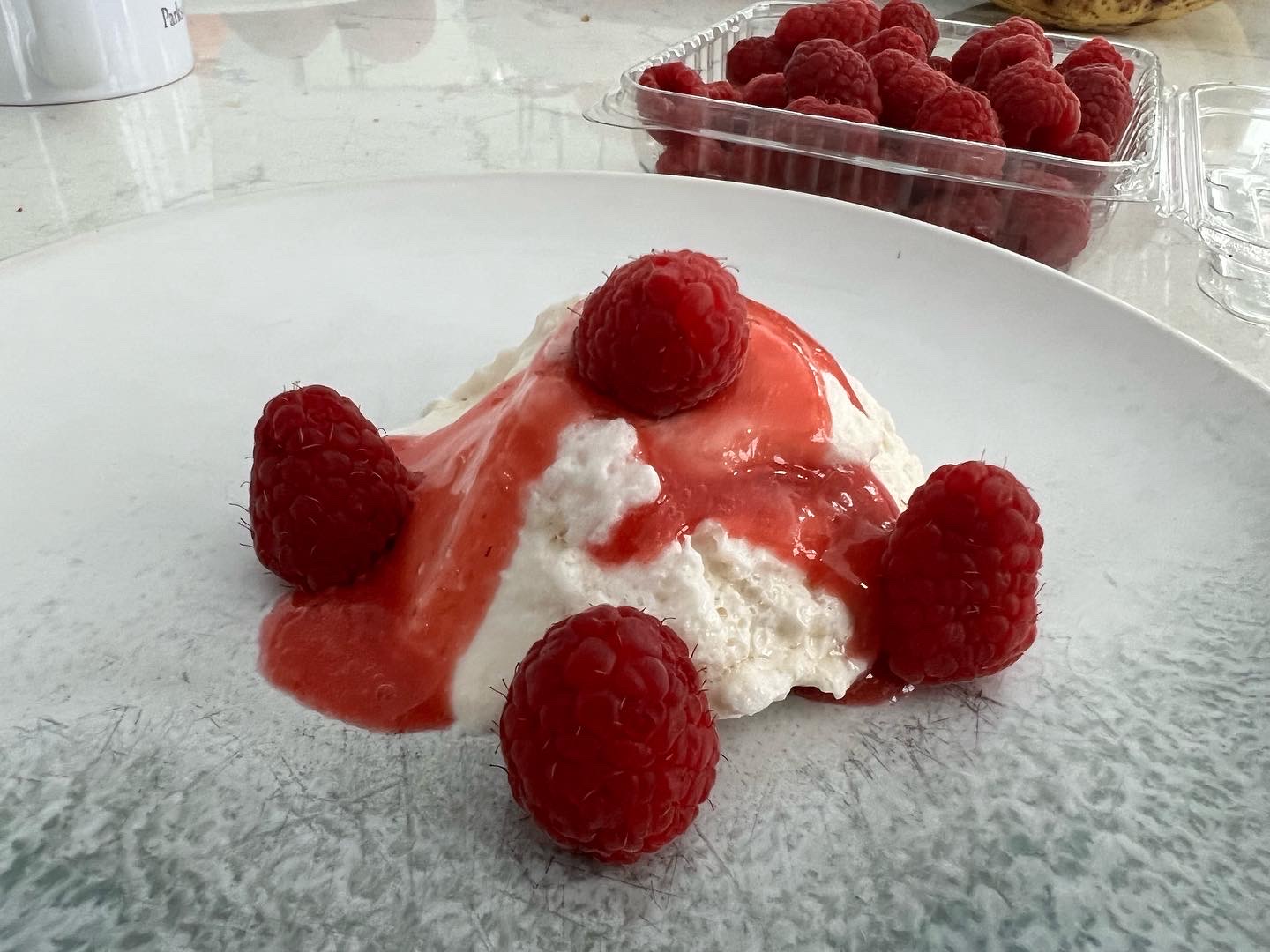 Honestly, the plain pudding was just that: plain. It needs the fruit to give it any kind of flavor. It has a smooth pudding texture but other than that it was forgettable. There is no seaweed odor or taste at all. Apparently the jelly from the seaweed is fairly healthy. It is, from what I've read, very different from the highly processed carrageenan.
Overall, not a thrilling dessert and not a terrible dessert. I think there's room for some modifications. But if it's as healthy as they say, it might be worth another go.
Posted by Elizabeth Pagel-Hogan at 9:44 AM No comments: