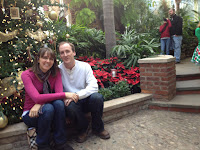 A year ago, I had just had surgery to repair stress urinary incontinence (SUI). I wasn't going to mention this in my New Year's post, I was just going to refer to it as a "post-big-babies" issue. But a blog I read suggested that if you're not a little nervous to publish your blog post, it's probably not honest or interesting.

And I realized on a run a few days ago that I don't have to avoid the topic anymore, because it's gone.  It had really limited my life. I couldn't talk about it but it made it so hard for me to do almost everything.  Forget running. I couldn't do yoga, dancing, stand a long time, sled with my kids, shop for more than an hour. It was depressing.

Right before the surgery, a year ago, the basement and garage of my new house was flooded with six inches of water. My husband was in Oregon. He came back, I had the surgery. And I realized I hadn't written a word in several years.

After my six weeks of recovery, I started running. A few months later, I started writing again. Then I quit my job and decided to follow my dream.

In a few days, I'll start training for my second Cherry Blossom 10 mile race in April 2012.

I'm twenty pounds lighter than I was last year.

I've run my first half-marathon and can chase my kids until they collapse whenever I want.
I've started not one but two new companies. I write every day and a national magazine recently purchased one of my essays.

(And now my basement and garage have a flood proofing pump system).

**For an update on life AFTER my SUI repair surgery, click here!


**Since I use this blog for personal journaling, too, I wanted to record that my surgeon was urologist Dr. David Hepps.
Posted by Elizabeth Pagel-Hogan at 9:00 AM