I have a sweet tooth, it's one of my most delicious flaws. So when I heard about a race called The Sweet Sprint in Pittsburgh, and that they serve cupcakes at the finish line, I had to sign up. On July 6, 2014 my husband drove me, the boys, my friend and her daughter downtown to the race.

The race begins at the Swinburne parking lot, travels 1.86 miles (3K) down the Eliza Furnace Trail and finishes at the Second Ave Plaza parking lot. It was a little tricky figuring everything out this year because the website really doesn't give enough detail.

The race organizer, Run Intended, puts race registration and packet pick-up at the finish in the Second Ave Parking plaza and runs buses up Second Ave to the start line. But if you have someone driving you, don't forget to stop into the Second Ave Parking plaza to get your bag, which was very nice. A good Lululemon mini-tote, a water bottle, some cool postcards featuring Pittsburgh parks from the Pittsburgh Parks Conservancy and a t-shirt. 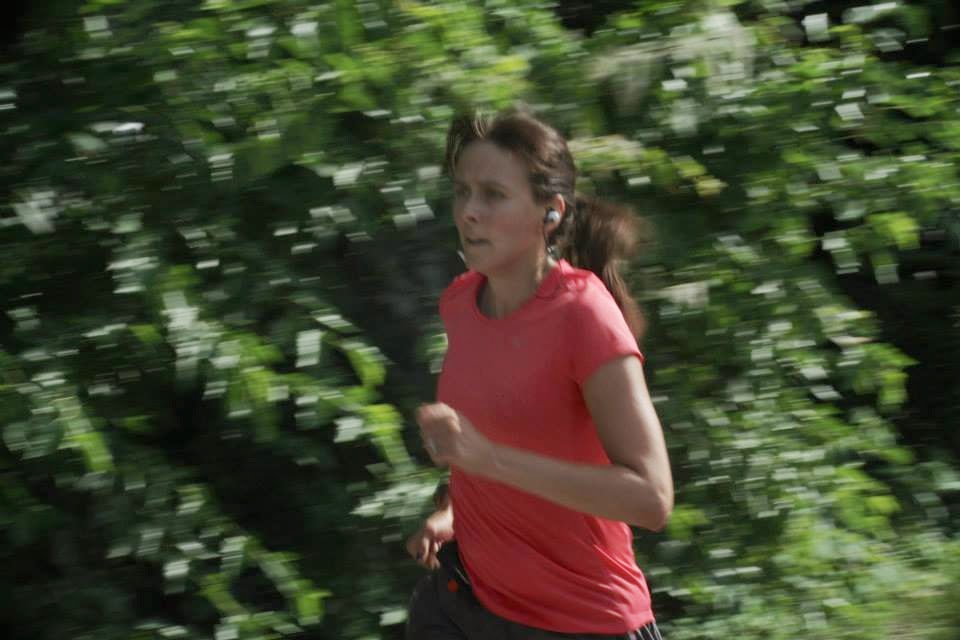 Once the race begins, it's a straight shot down the trail. The course looks flat and feels flat, but nothing in Pittsburgh is really truly flat. According to my Garmin and my coach's opinion, the end of the race is a false flat. You have a pretty good view of your competitors the whole course, which is great in my opinion. I like to latch on to people visually and use them to pull me along.

The mile markers were right on with my GPS announcements. I also liked the little signs towards the end mentioning the cupcakes waiting at the finish!

I ran the Riverview 5K back in June (still didn't go un 25:00) without headphones but for this race I wanted some music to pump me up. I focused on my cadence when my pace started to suffer. Before the race, without much speed work under my belt, I planned to run under 18:00, with a stretch goal of 16:00. I finished in 14:24.9! Woo!

My first mile was a 7:22,  and the pace was faster than my second almost-mile, a 7:04.  If I had to run the last 300m, it would probably add another :90 to my second mile making it a 8:34 or so. My heart rate and cadence were pretty steady. But my pace was slowing, so I definitely need to do more speed work. But this really was a fun quick run! 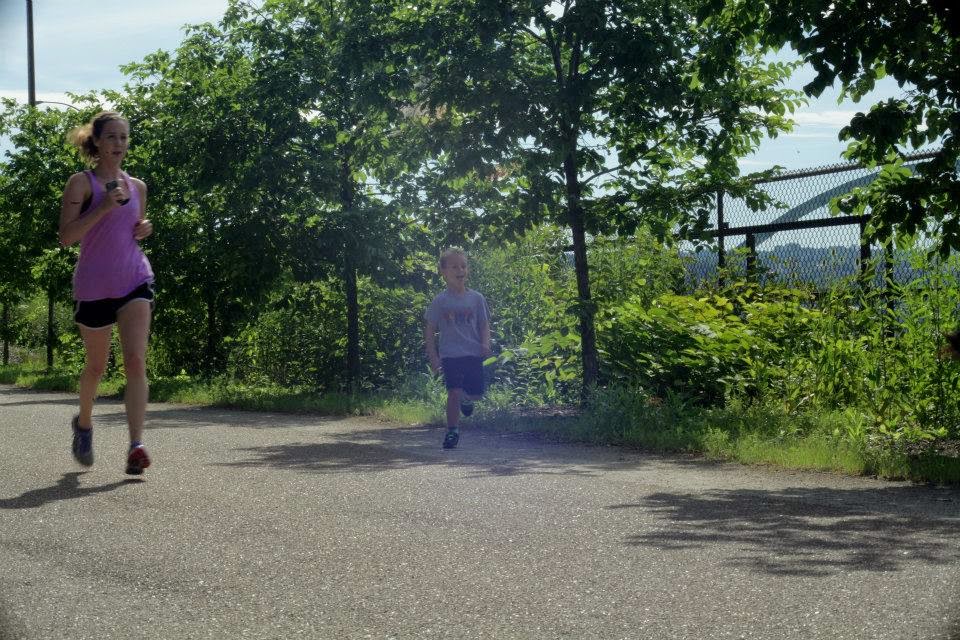 My husband was supposed to do this race, too, but he injured his calf a few days earlier, so he ended up leading the cheering section.

It was cool seeing the boys near the finish and they enjoyed running a little on the trail, too! This photo shows my youngest dashing down toward the finish. My oldest expressed some desire to run this race, but my husband and I still feel he's too young. Right now he can just run for fun, no need to get too competitive yet. 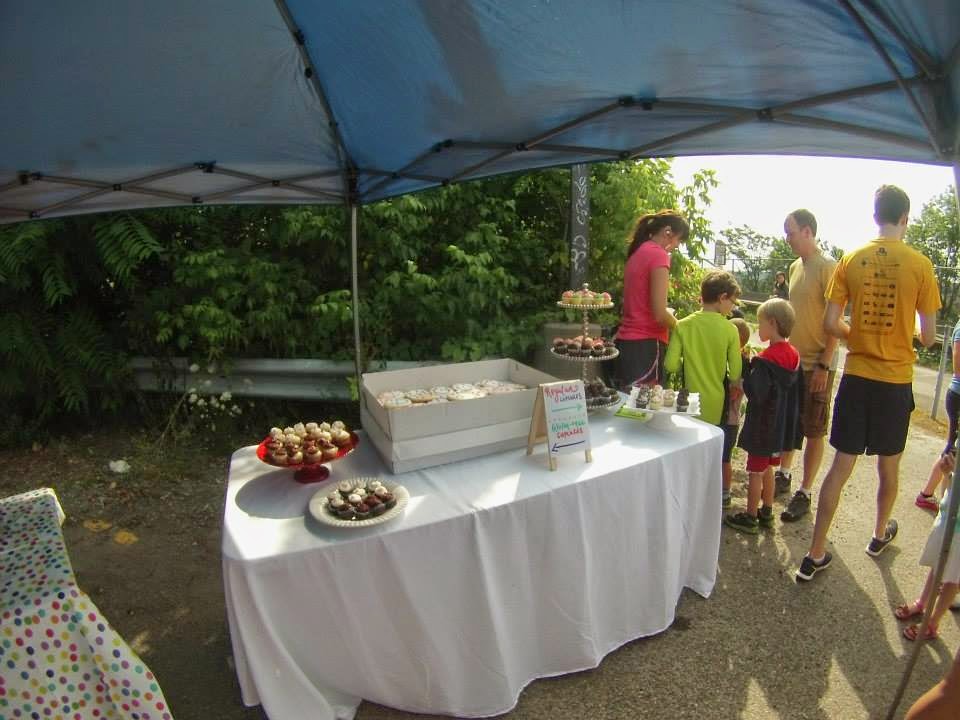 He was also complaining of heel pain while we were on vacation so we took him to get checked out but the x-rays showed no problems. But on a doctor visit to check a skin irritation, the doctor thought he could have Sever's disease, or pain related to growing heel plates.

The cupcakes and cookies after the race were very tempting. I had a portion of a cookie and I let the boys have one mini-cupcake each at first. But when I saw there were lots leftover, I let them each have another. It was their reward for getting up early and cheering.

I was 20th overall out of 76 finishers. I was third in my age group but medals only went to first in age group, but there were plenty of cupcakes for everyone. And another great part was running with my friend who also beat her goal time! So, I'd do the race again next year, but I'd eat a cupcake instead of a cookie.


Posted by Elizabeth Pagel-Hogan at 6:00 AM