I've been on the hunt for the best to do list apps lately. I have always kept lists, usually jotted down on whatever piece of paper was handy. I've also used my Inbox as a to do list, a habit that made it especially hard to keep my goal of always keeping less than 50 emails in my Inbox.

My iPhone comes with a Notes app and a Reminder app, but they both lacked certain functions that I wanted, like the ability to schedule tasks for recurring days and the ability to break tasks into different steps. 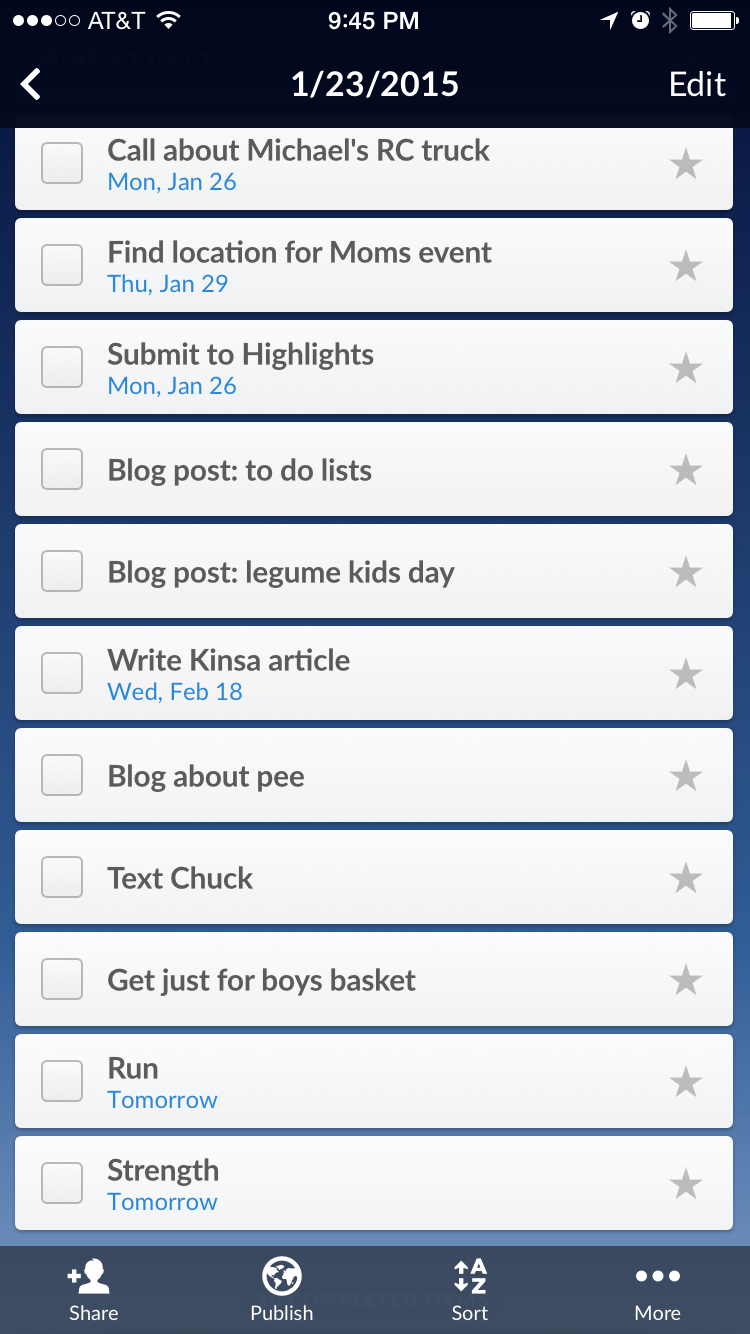 I gave Wunderlist a try first. It had decent reviews but I have to say I didn't dive in very deep and uncover every single feature. I think the main reason is that right off the bat, it didn't feel like a perfect fit for me. There was just some intuitive aspect it lacked. It has an Inbox and the ability to view things due Today by the Week. But I think I wanted a daily to-do list sort of like a calendar. I didn't find it easy to create that daily to do list.

But I wanted to create lists of things due every day, like taking my fish oil and reading a chapter of a book. Either Wunderlist didn't offer that feature or it was too hard for me to find. I created lists named by date, but then I found I couldn't reorganize the lists. I did like knowing how much I had completed in a day, but that's more of a time-tracking goal than a to do list goal. I noticed that on some days, usually weekdays, I was getting 12-14 tasks completed daily, including cooking meals and other unexpected tasks like delivering forgotten lunch boxes.

I used Wunderlist for maybe ten days before I realized it just wasn't offering what I wanted.

I created an account on Habit RPG. I learned about Habit after putting a request out on Twitter for some to do list apps that offered rewards and positive feedback for TCB  (Taking Care of Business). But Habit either didn't offer an app or I couldn't find it, and I really wanted something I could access from my phone while I was on the go. I wasn't that eager to update my character with little trinkets and I wasn't looking to cash in gold that I earned for completing tasks. Then my Habit character died. So this didn't work out so well.

I downloaded Checklist but never got around to opening it.

I also downloaded Errands and so far I'm really enjoying it. 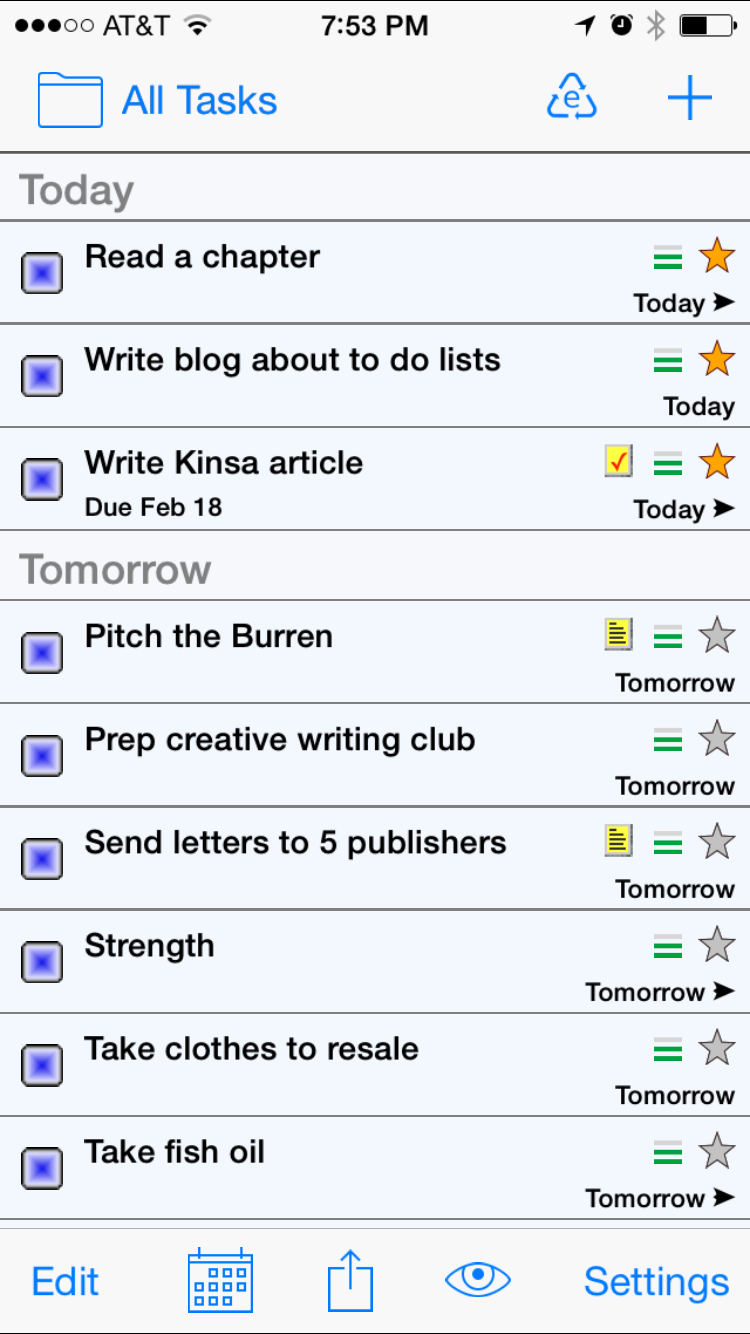 As I tried to pinpoint why I like Errands so much more than Wunderlist, I think it's the fact that tasks are easily scheduled for days, and moved from one day to the next.  I didn't want topic-based lists, I wanted day-based lists.

Unlike Wunderllist, Errands doesn't display completed tasks from previous days very easily. But the Logbook does store my completed tasks if I want to go back and view them. I can see the tasks that are due today and scan what's due tomorrow.

Errands works well for me right now. But I'd love to hear if you have a to do list app you love. Unless you're still keeping your lists on paper… then here are some tips from Hightail about using Post-It notes.
Posted by Elizabeth Pagel-Hogan at 6:00 AM