Kids' Day at Legume in Pittsburgh 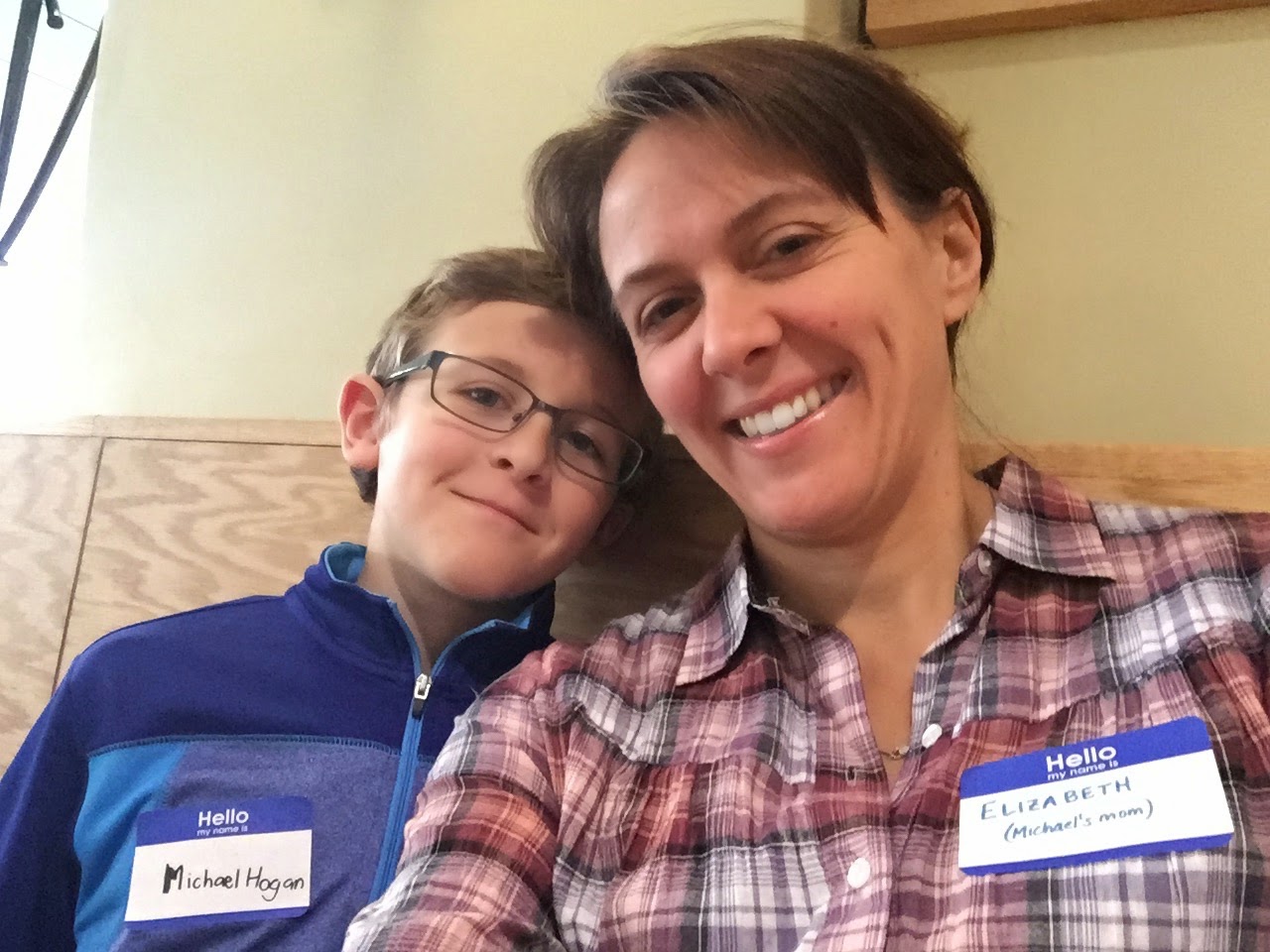 In November 2014, my oldest son and I headed out to a Kids Day event at Legume Bistro in Pittsburgh. Ticket prices benefitted the Greater Pittsburgh Community Food Bank, an organization our family supports in a variety of ways.

My oldest tends to be less picky about foods than the other two boys, but that doesn't mean he will eat anything. But he also enjoys the act of cooking. In fact, his favorite breakfast that he prefers to cook himself is a basic scramble of kale, tomatoes, bell peppers, garlic and olive oil. This kid loves his veg!

The staff hosting Legume welcomed us warmly and we indulged in warm apple cider, tasty muffins and fresh gooseberries, also known as ground cherries. After a cup or two of cider we were ready to dive into the cooking demonstrations. The first stop was homemade pasta, something we do at our house. We have made pasta by hand several times at home but Legume took it to a new level by getting the kids involved in making the longest pasta noodle in Pittsburgh! 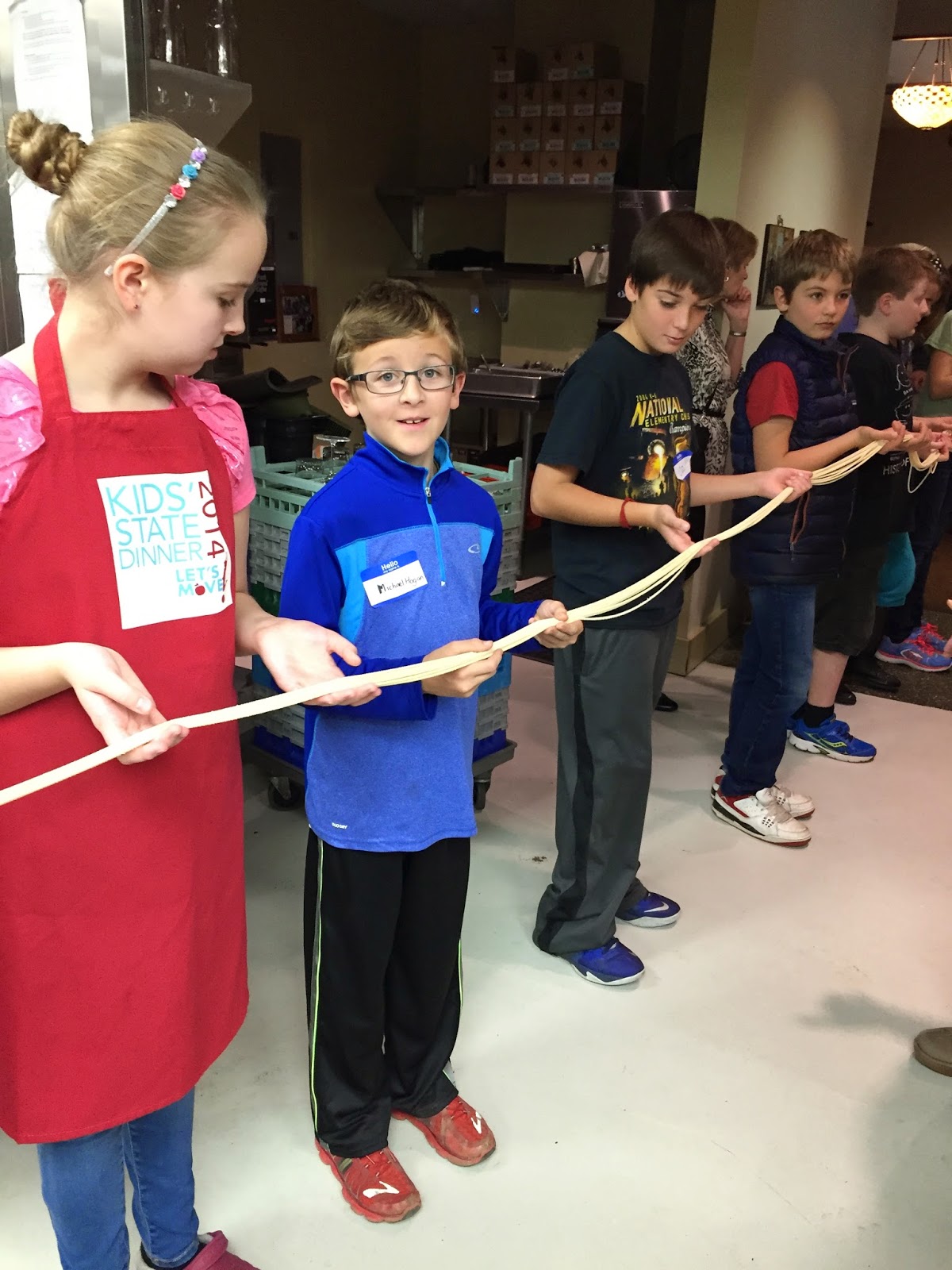 The noodle stretched a good forty feet before breaking. The kids and adults were delighted by the process and I also learned how to use my pasta roller to make thinner dough for my pasta. And since it was November, I couldn't resist embarrassing my little cooking partner by fooling around a little. 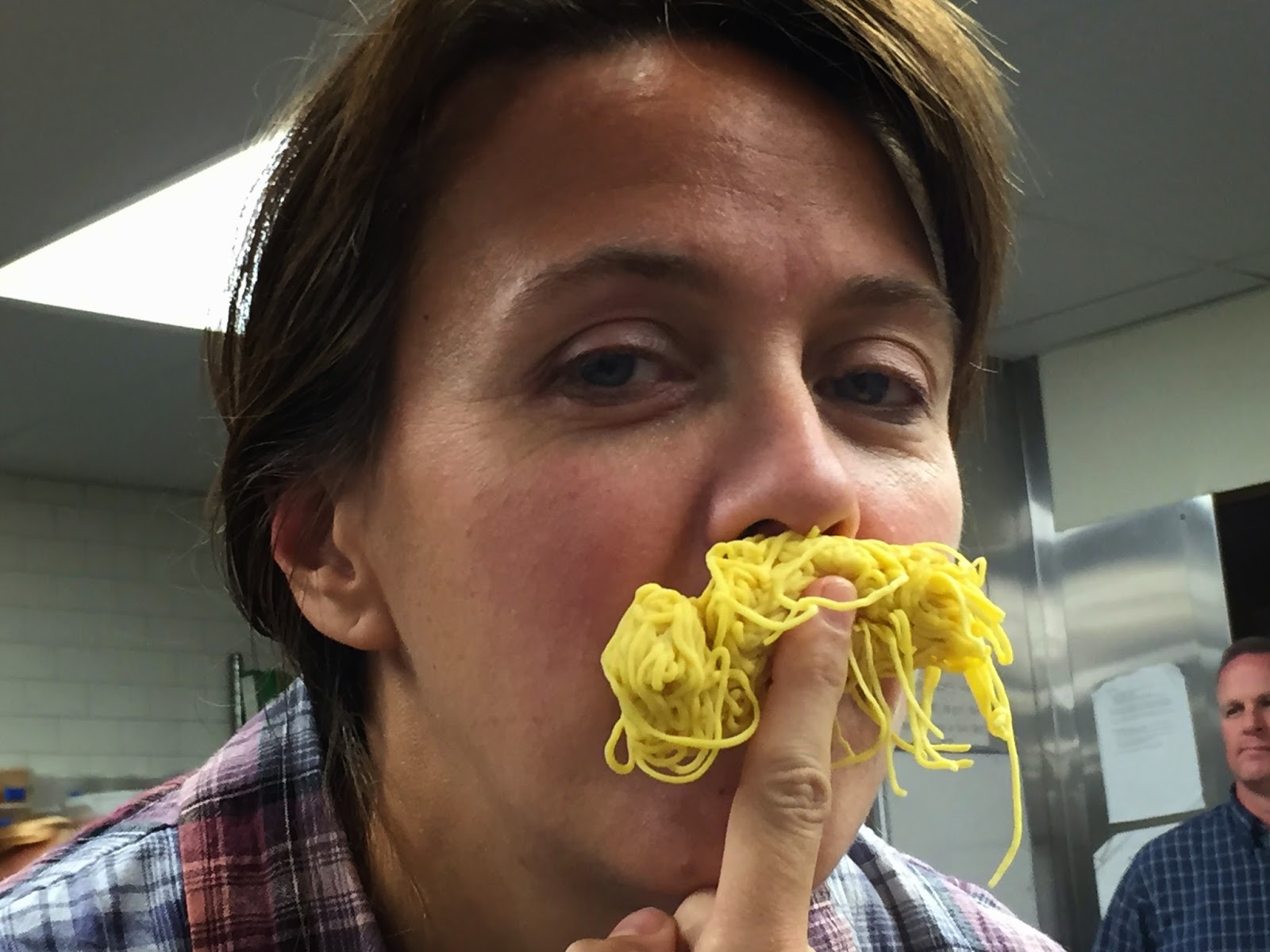 The next cooking adventure was a bit more of a challenge for my son. We headed down to the basement to learn about homemade sausage production. This wasn't my first foray into live butchering. I learned a lot at a Hog Butchering hosted by Cure in 2012. But it proved to be a little too upsetting for my nine year old and we headed back upstairs to explore the restaurant until the sausage-making was done.

The next event was a little easier for him. We had a chance to meet Hannah, the young woman who represented Pennsylvania at the White House Let's Move! recipe contest. She prepared her recipe, fish tacos, for us to enjoy and shared her memories of her visit to the White House. 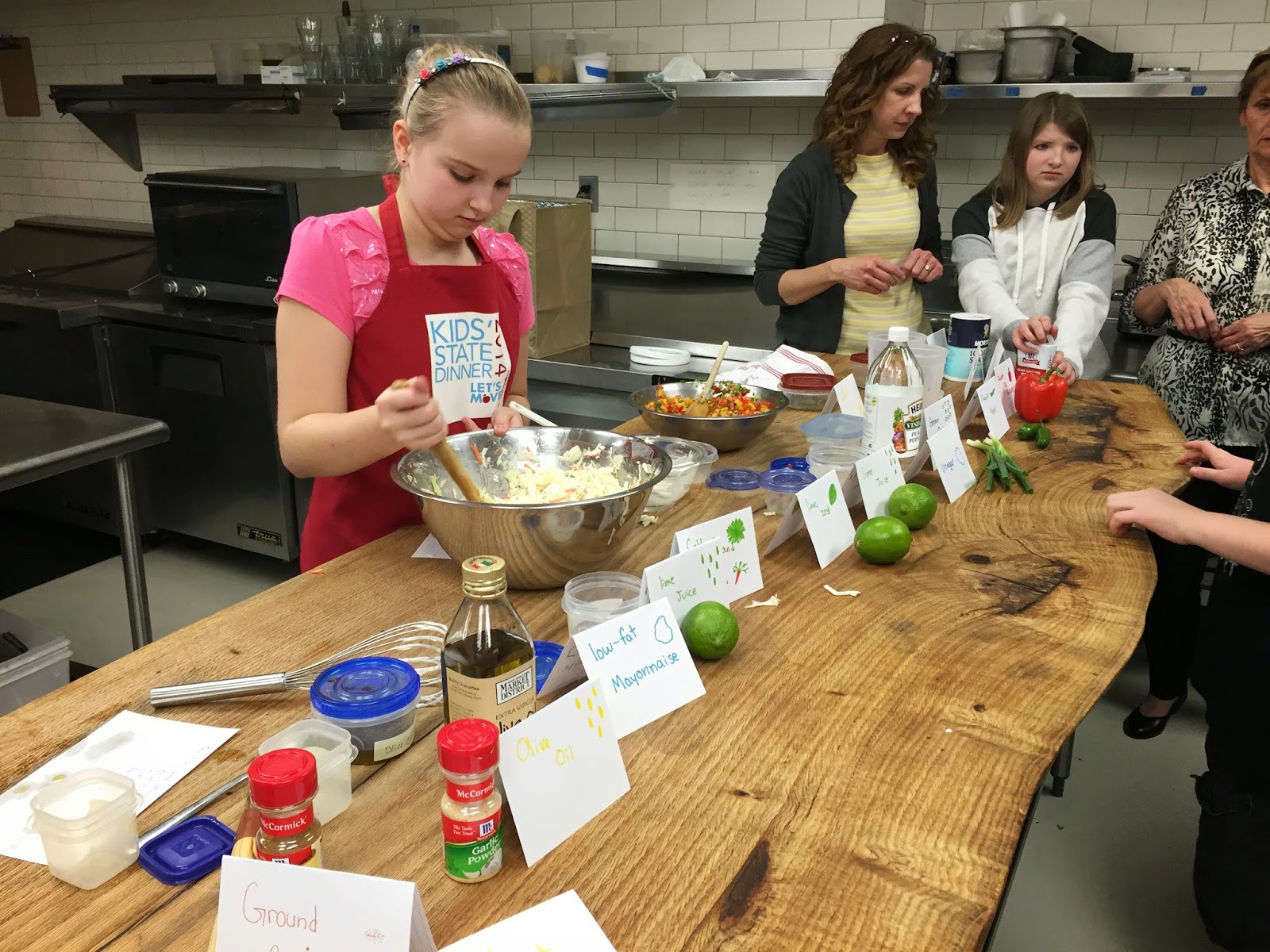 Lunch was a delight for both of us and my son had no problem eating the sausage even though he didn't want to see it being made. But his real favorite food item was the haruki turnips! He had two helpings and asked me to find some at the store. Like I said, he loves his veg. 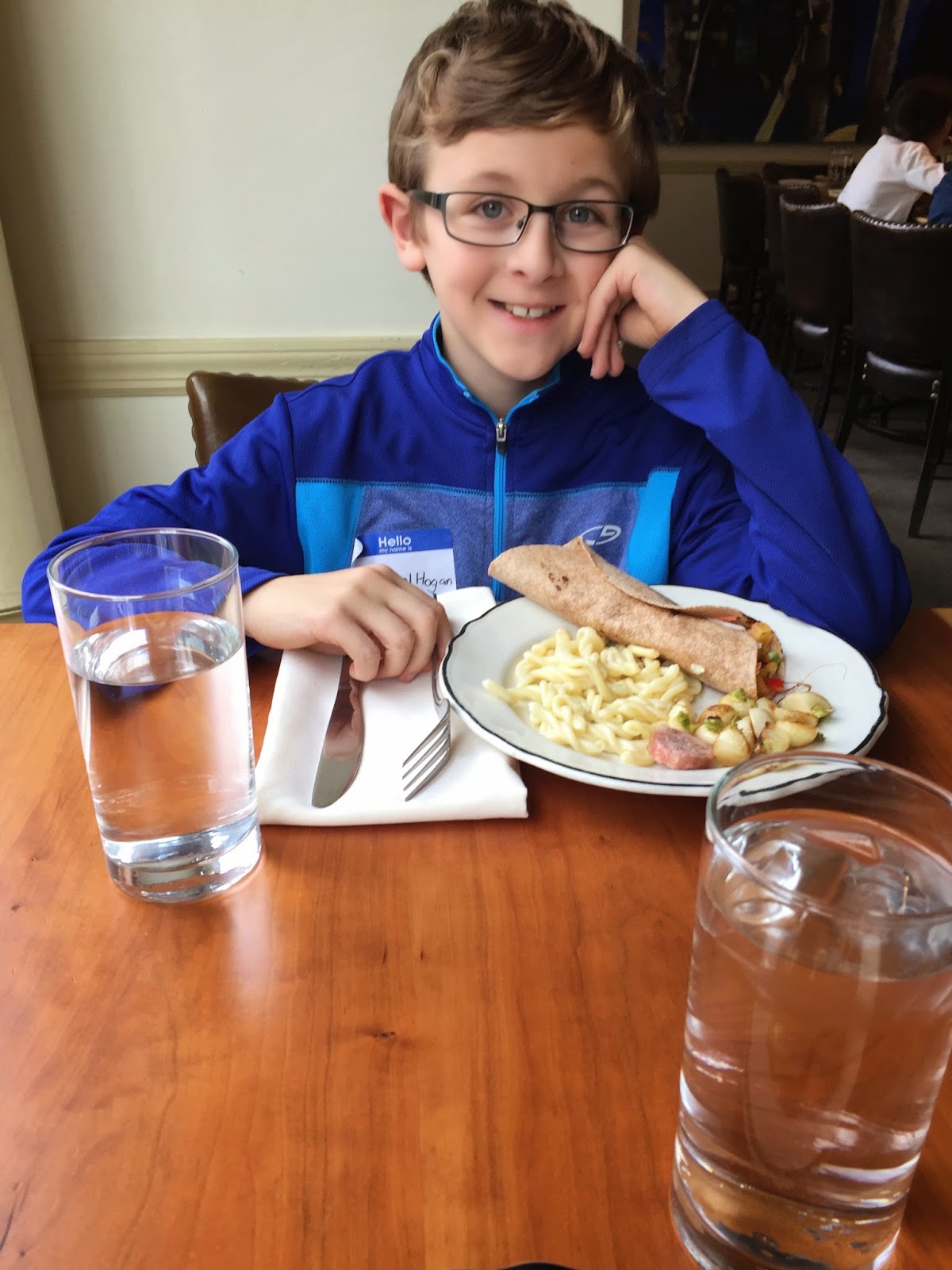 After this healthy lunch, it was time to work for our dessert. We headed back to the basement to make some absolutely decadent ice cream.

We needed all of our muscles to shake that sweet, sweet vanilla cream into ice cold ice cream. I had to help a little bit when someone's arms were tired but eventually our ice cream was ready. 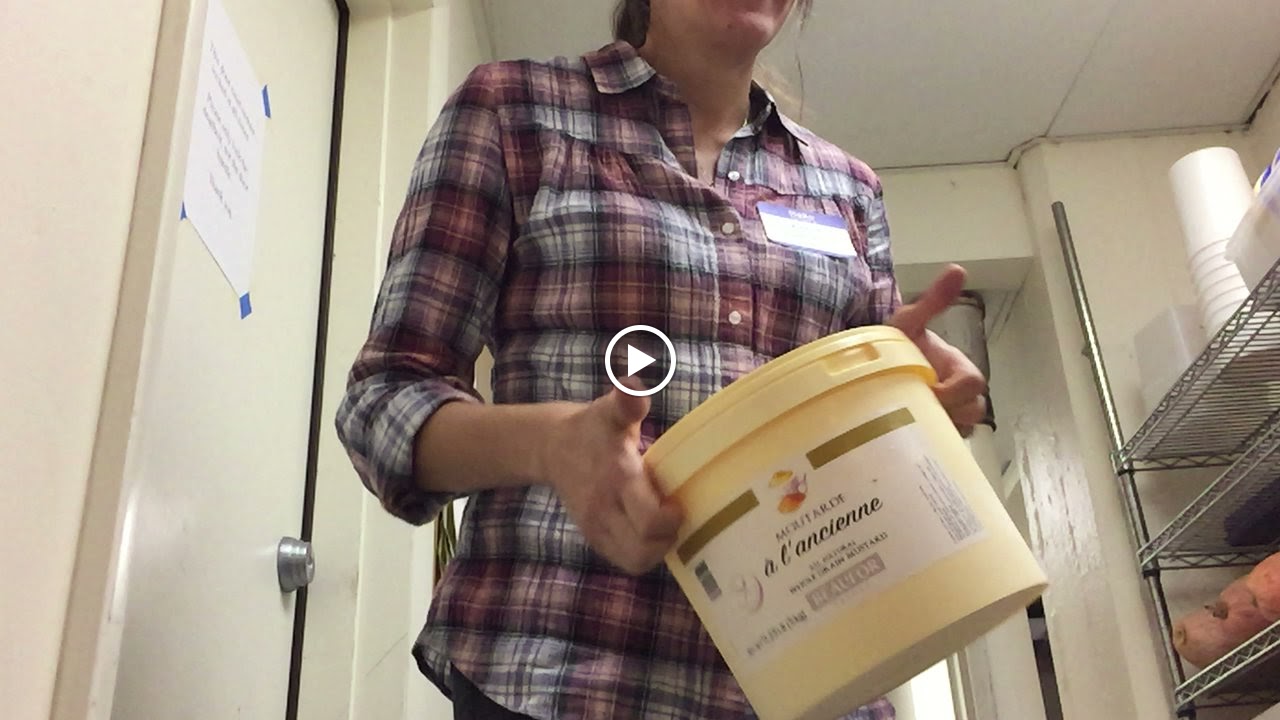 The toppings offered my Legume were diverse and delicious and I let my son pick the ones he wanted for both of us. Very generously he included two chocolate chip cookies for us.

As we shared the sundae, I learned just how adventurous my son is when it comes to trying new things. I took a big bite of the sundae he created and announced, "Yum! A cherry!"

"That was a cherry?" said my ten year old. "I thought they were olives!"

We had a great laugh and I told him how proud I was of him for trying what he thought was olives on ice cream. The dessert chef was impressed, too, and gave us some samples of basil ice cream which was surprisingly excellent.

We had great food and shared some excellent family time. Thanks again to the staff at Legume for hosting an amazing Kids' Day!
Posted by Elizabeth Pagel-Hogan at 1:14 PM