What is wrong with my eyes?

I'm actually pretty embarrassed to post this photo. It's not the worst thing on the internet. And really it just looks like my eyes are a "little inflamed." It felt a lot worse. You can't see my raw skin behind my ears or the skin I've scratched off my temples until it bled. But this photo represents how I looked for almost a year. And maybe sharing this story will help someone else figure out they have seborrheic dermatitis.

In early 2014, I started having some trouble with the skin behind my ears. It was dry and peeling and itchy. I thought maybe my new wireless headphones were irritating it, so I put Aquaphor back there every day.

But it didn't go away.

Then the problem started to spread to my temples. And then my face. I remember making a video for a website and putting ointment on some dry, irritated skin under my eyes before and after running outdoors in the cold.

And then one morning, I woke up with seriously inflamed eyes. I could see, there was nothing wrong with my vision, but the skin around my eyes was so puffy and inflamed it hurt to keep my eyes open.

I went to see an allergist and got tested for environmental allergies. My doctor started me on allergy shots and prescribed an antihistamine.

But the problem didn't go away. It died down and then flared up. I was on the other side of the state in May 2014 at a writing conference and realized I had forgotten my steroid cream (Desonide) and had to get an emergency refill at a Target.

I went to see a dermatologist prescribed Retin-A, Clindamycin, and a new cleanser (CeraVe). I tried those for awhile but the problem only went away for a short time and then flared back up.

I went to see my eye doctor and told me I had dry eye from LASIK and she told me to restart Restastis. I started using Refresh drops in my eyes every few hours.

But the problem flared back up.

In June I got tested for skin allergies and learned I was allergic to black dye in foam, like in my wetsuit and swim goggles padding, as well as rosin, like what my son uses on his violin. So I got new swim goggles and synthetic rosin.

I started asking everyone I knew who had any inkling of medical training if they had ideas. I stopped swimming. I took out my earrings. I got an air filter. I changed detergents and bed sheets. I kept a food diary. I changed cleansers again. I tried a variety of lotions. I tweeted. I got new headphones and new sunglasses and avoided black rubber. I got a second new pair of swim goggles. I read labels and tossed all of my cosmetics and started wearing my hair off of my face. I avoided eggs, then dairy, then chia seeds. Then I ate them again. I stopped drinking gin, then started again. I changed shampoos. I changed detergents AGAIN. I stopped using dryer sheets. I got new towels. I read the ingredients in the chlorine at my local pool. And what kind of glue was in the wood floors in my bedroom.

I did everything I could think of to fix my poor swollen eyes.

I cancelled work appointments on days when I looked really bad.

My primary care doctor sighed and told me sometimes we never know what causes allergies.

My dermatologist finally decided it was just a bad flare up of eczema. I've had eczema forever. It made sense that this was related to eczema. She told me there wasn't much she could do for me besides make sure I had my standard eczema lotion, Elidel, and prescribed a new one called Fluocinolone acetonide.

I stopped taking my antihistamine in late December because I worried it was drying my skin and eyes out too much.

One day in January 2015, I was reading up on rosacea (which I've also had forever) and saw the phrase "seborrheic dermatitis." I remembered a friend of mine, who is a doctor, mentioned seborrheic dermatitis to me in May 2014. The treatments for "seb derm" included the lotions I already had and an over the counter shampoo that is made from coal tar.

On January 8, 2015, I grabbed a bottle of Neutrogena T/Gel from Target and used it in my very next shower. The scent was unusual. The appearance was unique. The effect was pretty wonderful. My scalp and temples itched much less. My eyes calmed down. My ears didn't itch and burn and bleed! I started applying the rosacea and eczema ointments a little more regularly. I also started taking fish oil supplements, also over the counter. 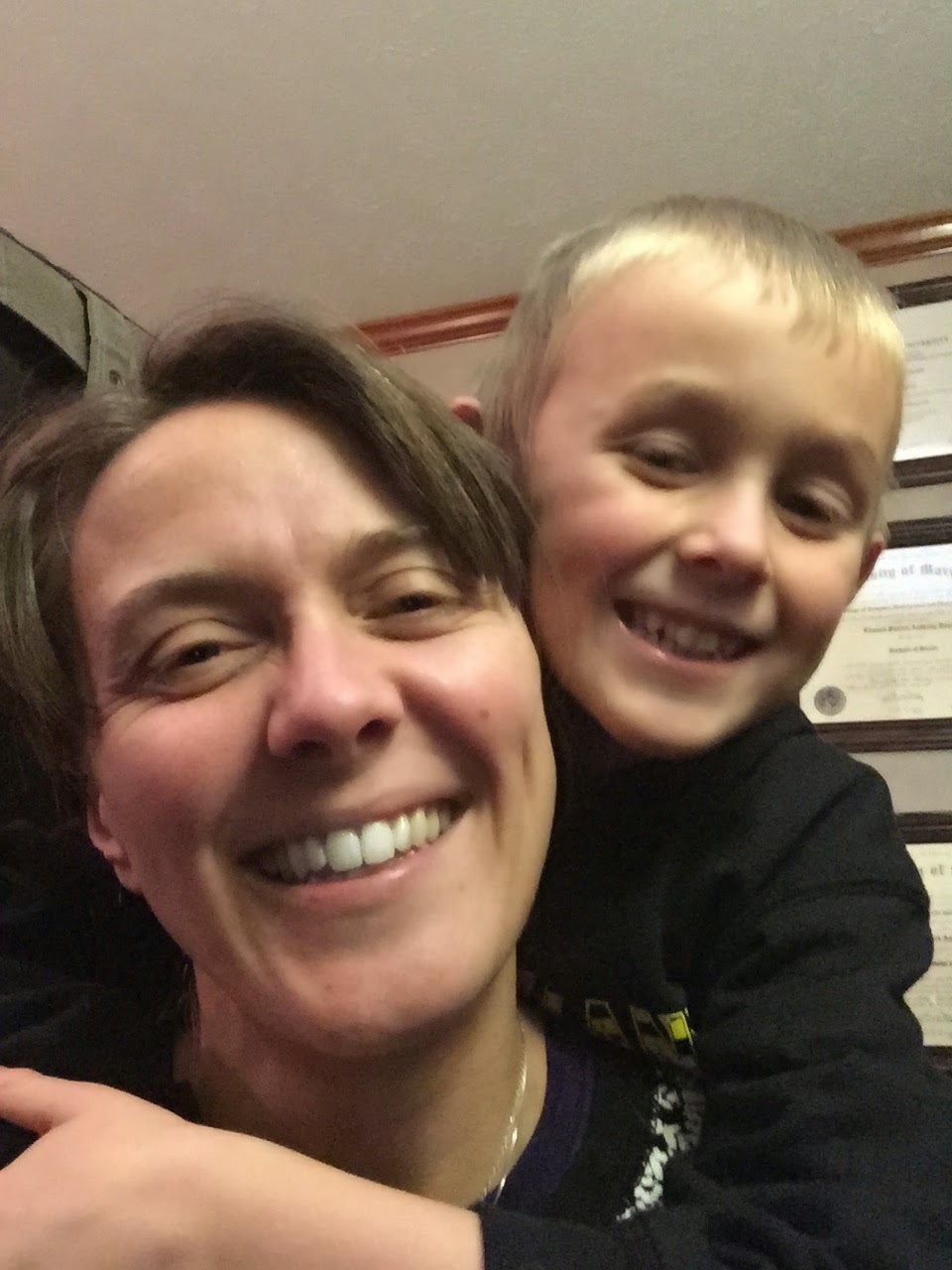 Since I started this new approach, things have been so different. So much better! People who know what I've been dealing with keep telling me how 'normal' my eyes look. And they do! They feel good, too.

On February 8, 2015, it will be one month since I've had an eye flare-up. My temples still feel a little dry, but my ears feel amazing. My eyebrows sometimes itch and flake a little, but that's nothing compared to what I have experienced. Sometimes my lips feel super chapped, but I have a great lip balm that helps.

I think I'm going to be dealing with "seb derm" the rest of my life. As far as I know, there is no cure, just like there is no cure for eczema or rosacea. But I think I have some good tools now and I'm going to continue to learn about my options. If you have seb derm or know someone who has it, please let me know! I want to learn what has worked for others and do what I can to keep it from limiting my life the way it did last year!
Posted by Elizabeth Pagel-Hogan at 7:00 AM

Email ThisBlogThis!Share to TwitterShare to FacebookShare to Pinterest
Labels: My Comfort Zone