Orange and the Power of Optimism 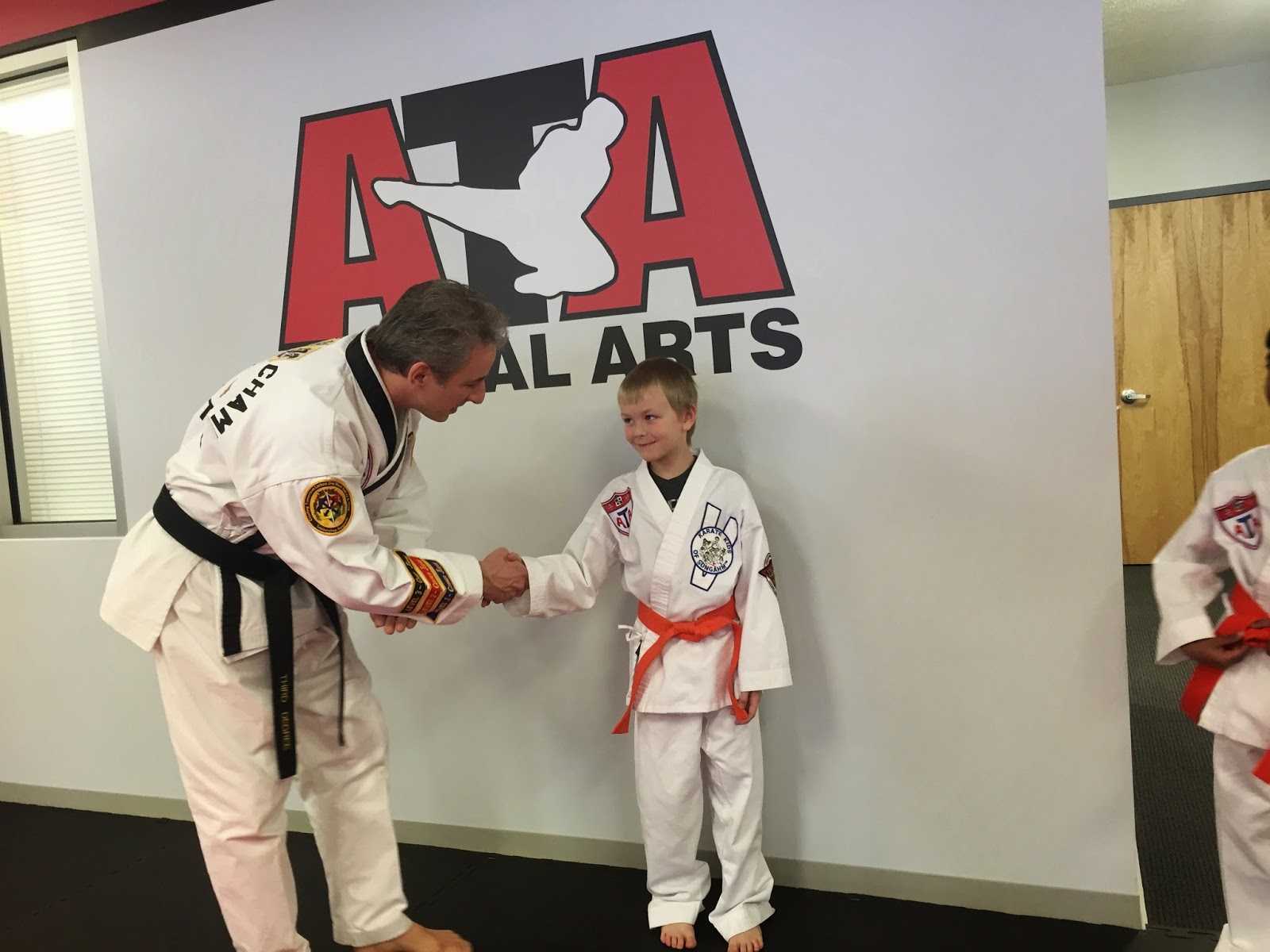 My middle son tends to do a lot of negative self-talk. He's in second grade and that means more challenging reading, tackling some tough math concepts like fractions and estimating, and of course spelling counts.

While we try very hard to focus on praising his effort as opposed to his grades, he's old enough now to understand if he has a high score or a low score on schoolwork. He's not a little kid anymore and he has expectations for himself when it comes to art projects and building Legos. High expectations. And he gets very, very frustrated when he doesn't meet those expectations.

Backyard soccer games often ended in loud, wailing sobs of despair. A recent art project (actually an ambitious three part depiction of a dragon in flight) wasn't coming together as he envisioned and he flung himself upstairs in dejection.

We've known for awhile he's not one of those rubber band kids who bounce back easily from mistakes or failures. While I love his passion and high standards, I really felt he needed to learn how to coach himself when things got tough.

So I tried to model how to handle failing to meet expectations (like when we fail ourselves). But my husband and I also worked on modeling positive self-talk. For a few months now, we have suggested and encouraged him to change how he talks to himself when he confronts something tough. We've shared how we talk to ourselves and what helps us handle problems and obstacles.

I can see it's starting to sink in because he came home from school and told me there was a tough math problem that day, and he felt like he couldn't do it. Then he said, "But I told myself, 'come on, you can do this!' and I did it, Mom!" Right then and there I sat down and praised my son for choosing positive self-talk. I didn't focus on whether he had done the problem correctly. I focused on how he made a decision to think positively and encourage himself. It was a great moment for both of us.

And to reinforce this great moment, Highlights just shared a brief summary of the power of optimism for kids!

Tae Kwon Do is a new sport for my middle guy. It's not something my husband or I ever did, and it's not something his older brother has done. He can really forge his own path here and I think that is really helpful for his personality. Instead of scoring goals, the measure of success in this sport is memorizing a series of movements called the "form." He had two forms to learn to move from white belt to orange.

As he practiced his form for Tae Kwon Do, he often forgot the moves. But as he practiced at home, he shared with me how he was encouraging himself in his mind, reminding himself to focus and that he could do it. I know he felt good every time he did the form correctly. And I praised him for developing this habit.

At the end of February, my son stepped on to the mat at his Tae Kwon Do school and ran through his forms several times. I could see him smiling and nodding when he completed the moves correctly. When he forgot a move, he would laugh a little to himself and start over. There were no tears, no pounding the floor in frustration, no fear of failure.

I admit I was worried, not that he would fail. I think it's good for kids to lose games and make mistakes. Those are huge opportunities for learning. But I was really worried HOW he would handle it if he failed. Would he crumble and collapse? Erupt and let the tears and fury flow? I don't actually know how he would have handled a failure, because he passed.

He's now an orange belt. It's a good color for him. Orange represents some powerful emotions, if you believe this sort of thing. According to "Color Wheel Pro:"


Orange combines the energy of red and the happiness of yellow. It is associated with joy, sunshine, and the tropics. Orange represents enthusiasm, fascination, happiness, creativity, determination, attraction, success, encouragement, and stimulation.

To the human eye, orange is a very hot color, so it gives the sensation of heat. Nevertheless, orange is not as aggressive as red. Orange increases oxygen supply to the brain, produces an invigorating effect, and stimulates mental activity. It is highly accepted among young people. As a citrus color, orange is associated with healthy food and stimulates appetite. Orange is the color of fall and harvest. In heraldry, orange is symbolic of strength and endurance.

Orange has very high visibility, so you can use it to catch attention and highlight the most important elements of your design. Orange is very effective for promoting food products and toys.


He did all of his moves with the best strength and precision a seven year-old could offer. He used a confident voice and showed focus and respect. Even though I'm biased as his mom, I really believe he earned his orange belt. And I believe he learned more than just his form.