Back in November, my family traveled to Belleville, Illinois for a wonderful Thanksgiving celebration with my brother's family and my parents. Before we went, I did a little research and found  a 5K in Belleville on Thanksgiving morning. It's called the Belleville Thanksgiving 5K Run and it's hosted by the local running store called Toolen's Running Start in nearby Shiloh, IL. While I was there registering, I got a nice pair of new running shoes there AND a cute pair of running shorts with a cherry blossom design on them! I also learned there was a fun run for kids right after the 5K - so I signed up ALL the kids. My kids have run fun runs before, but my niece and nephew have not.

I was looking forward to this 5K keeping my training honest during NaNoWriMo, but also not being too hard because Southern Illinois is pretty flat. I was mostly right, the course was generally flat, but there was a decent downhill on the way out which meant I had to climb it on my way back to the finish. It wasn't terrible, but it added a noticeable challenge to my finish. Also, I think the course was a tad longer than a 5K.

I enjoyed the race itself, but there were some minor irritants. First, I paid for my kids to run but they didn't receive numbers or bibs. So, while I'm not going to begrudge a kid some physical activity, why did I bother to register them and pay for them? No one checked that any child was registered. I could have just lined my kids up at the starting line without paying and let them experience their first bandit experience. Also, getting shirts after the race wasn't that satisfying. We were told we could pick up shirts before the race, then after the race, then they were all gone. A nice lady tried to hook me up, but I haven't heard anything. Obviously, I don't run a race for a t-shirt, but I do feel it's a customer service lapse to be promised something and then not get it.

Despite the lack of a t-shirt, which is really not that big of a deal, I finished third in my age group. I went online to the running store website to see if they had race results, and was thrilled to find them. I was not thrilled to see my name listed with the right finish time, but in the wrong age group. Now I know I wasn't announced in the wrong age group, because my kids were listening and paying attention and cheering for me when I got my award. They definitely know how old I am and remind me of it frequently. But here I am in the 45-49 age group. According to the results for the 40-44 age group, I wouldn't get an award. I could send it back, but I already wrote on it! (see the next paragraph.)

The good part of the day was really seeing my kids run and my niece run. (My poor little nephew, who is really young, got too scared by the air horn start and ran right to his dad.) My oldest won the kids fun run, so I guess it's good he didn't bandit. Although I still think no one would know.  My second and third ran strong races, laughing the whole way, and my niece earned her first medal!! I showed her how I write the dates and times of my races on the backs of my medals. It was a great day and I felt so grateful for my wonderful family!! 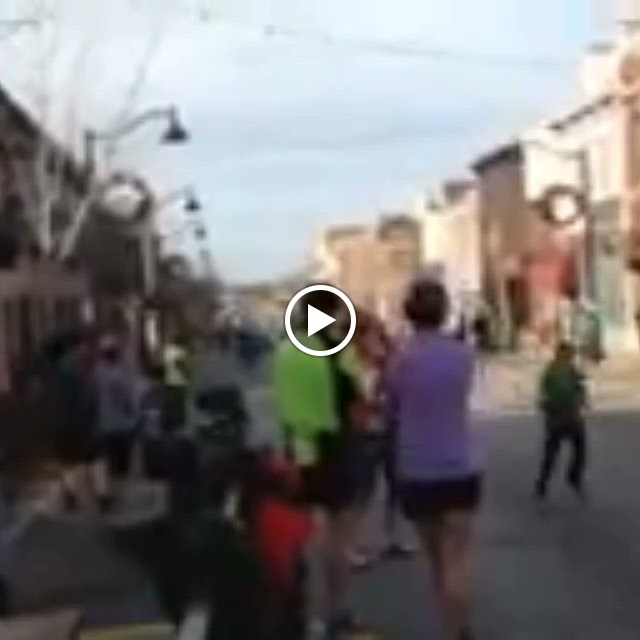 Posted by Elizabeth Pagel-Hogan at 6:30 AM