How to Help a (Bright) Third Grader with Horrible Handwriting


My poor third grader has some horrible handwriting, and I want to help him make it better.

I don't have perfect handwriting, but I do pride myself on my handwriting. And even though I'm typing this blog post (and type all of my stories and emails), I still think handwriting is an essential skill.

My oldest has decent handwriting and my youngest is showing signs of very nice handwriting. But my middle guy, my lefty, has terrible handwriting. And it drives me nuts. Let's take a look at some examples:

1. My handwriting sample. It's not perfect, but it's decent.

2. A example of my oldest's handwriting. He's also a handy speller, another quality I adore! 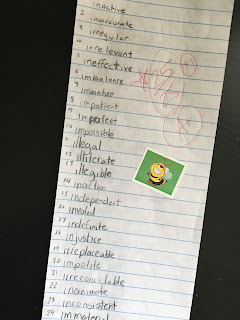 3. The youngest has decent handwriting and we're working on the spelling. 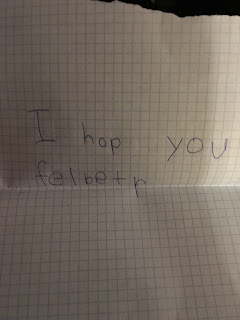 But now we get to the handwriting of the middle guy. 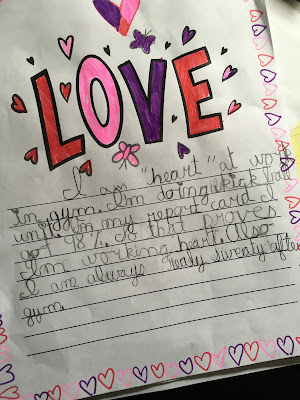 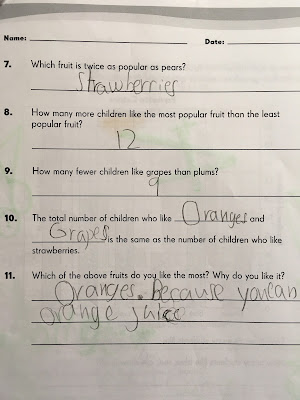 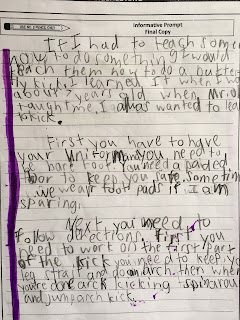 Here's the thing, he's not short on ideas. And he knows how to write complete sentences, most of the time. He does often forget to use capital letters and punctuation, though. I chalk that up to him rushing to get his ideas out of his brain so fast that his handwriting can't keep up. I know the struggle he's facing, believe me.

Way back when he was three, I used to worry this guy had dyslexia because he always wrote his lowercase d and b backwards. I know he doesn't have dyslexia now, because he's a prolific reader and in many ways, a prolific writer. He doesn't have trouble decoding words.

His main troubles are keeping his letters the same size, keeping them within the lines, writing evenly, and writing legibly. As I read further, I learned that there is a condition called dysgraphia, where kids are not able to write properly. There are tons of symptoms of dysgraphia, and when I read them I found a lot of them described my son but not all of them. It's too hard to know, and I'm not an expert by any means.

I'm not sure what the answer is to fixing his handwriting, but I know if he doesn't fix it he's going to face trouble in school. Teachers aren't going to know what he's writing, they will think he's spelled words wrong if he forms the letters wrong, and they will think he doesn't understand the material if he can't write out his ideas clearly and legibly.

So what does he need to do? Hand-loosening exercises? Write 15 minutes a day? Trace letters on a sheet? The coping strategies on this website seem to focus on reducing the opportunities for a child to practice writing. That feels so counterintuitive but again, I don't know what to do. So how do you help a (bright) third graders with horrible handwriting?