I love being creative. I create with words everyday and sometimes I need a break from creative writing. I want to be creative in other outlets, too.

I want to make things.
I want to craft.

But I am not the best at crafts. It's not that I lack skill, which I do for many activities. It's also that I'm not always the best at planning and implementing a project. I get started eagerly without all the equipment. Or I think I understand how to do something before I really do. Or I confront an obstacle and get a little frustrated and can't quite figure out how to get around it.

But I do love trying new things and making little projects here and there.

I decided to start simple and explore some projects and see what spoke to me.

This stage is all about being happy.

For Stage 1 I started simple with coloring. Is coloring a craft? I don't really think it is, but I do think it's a fun, creative activity. Here are some examples of coloring projects I did on paper and on the new iPad Pro. Very fun, very relaxing. It made me happy!

I actually played the Uno Reverse card on my kids and presented them with my artwork for a change and they really liked it. 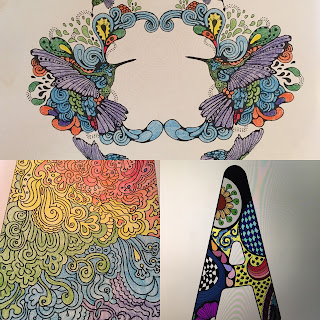 After the success of my coloring craft, I ramped up the challenge level. Here is a photo of three crafts I attempted in one weekend. It was a weekend where we had very little scheduled, a rarity in our house, so I went nuts.

I like to think of Stage 2 as learning to be satisfied, even happy, with imperfect results that are not complete disasters. 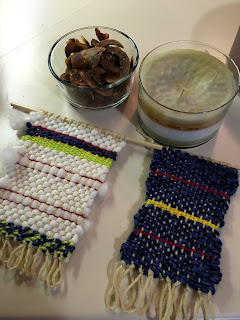 First, I tackled opening a fresh coconut and toasting the flakes. You can see the result of my cooking efforts in the top left bowl. Yes, I burned them. That's why my kids love to remind me that my restaurant would be called "Burnt." I made that joke before Bradley Cooper's movie did. Anyway, I still enjoyed some of those burnt toasted coconut chips.

(Side note: my husband stole some coconut meat to make an infused rum, one of his current hobbies. Can't wait to taste it!)

Second, my husband and I reclaimed some candle wax and made a new candle!

This took some planning (buy wicks!), effort, and innovation but I'm so pleased with the result. Yes, the wax sunk in a little bit because we didn't let each layer cool completely before pouring in the next layer. But we didn't have an endless amount of time and wanted to get this project done. We innovated ways to strain the wax of impurities and to hold the wicks in position. It was a fun project because of my crafting buddy. Thanks, honey!

Third, I did some loom weaving. This was fun! It was right at my skill level because it was a project for kids from our Kiwi Crate subscription. Again, imperfect because they aren't completely straight along the edges but it's not totally obvious. And I innovated again by adding some embroidery thread in with the bulky yarn that came in the kit.

I also learned how to knot paracord bracelets this weekend. This was easy and quick. As I was doing this with my middle son, we realized we had done a few knots wrong so we stopped, untied them, backed up, and tried again. Remember this for later.

Following on the success of stage 3, I took things to the next level and decided to tackle food again, but this time without putting anything in an actual oven. Maybe it's cheating, maybe it's just planning for success. 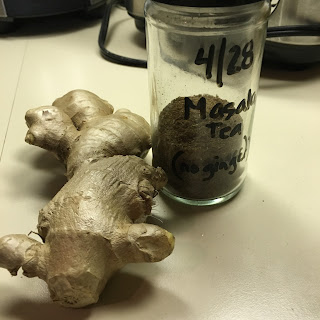 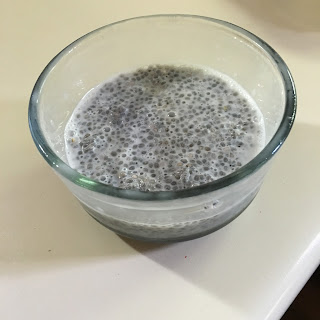 Here we have two examples of my latest food adventures. I learned how to make my own chai masala years ago from some wonderful friends. I hadn't done it in quite some time, but when I spotted the spices at the store I decided it was time to refresh my skills.

I made a batch for the family and they loved it, but it did take awhile to crush all the spices fresh. So this week I took about a half-hour to crush and mix the spices and now they are ready for me to mix up chai masala whenever we want. I didn't add in ginger to my spice blend because when you can use fresh ginger WHY NOT. I was also able to re-purpose my fresh ginger in a roasted carrot recipe that turned out tasty. (Not burnt!)

My second cooking project is experimenting with making my own chia pods. This was easy.

I combined almond milk and chia seeds, no sweeteners. I plan to add blueberries to sweeten this tasty, healthy, high-protein snack.

(Also, I don't burn everything.)

This stage is about honesty.

Knitting. Why is it so hard for me? 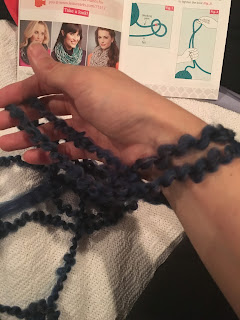 I have knitted before and had some success and some failures. I come back to it because I love the results but struggle so much with the process.

I have two knitting projects on my to-do list. I know I can't pick long projects. One is arm knitting a chunky scarf and one is making a little necklace for myself. Before I even started the arm knitting, I realized I had failed to read the directions carefully and didn't have all my supplies. Then I went ahead and started the arm knitting, anyway, just to learn the technique. A short way in, I realized I was messing up, and stopped. I took some deep breaths and unraveled the yarn. I wanted to do this the right away.

One thing I share with my middle son is that I often get frustrated if the project doesn't go smoothly from start to finish. I want it to be perfect right from the start! That learning curve is tough to ride sometimes. But I want this knitting project to go well, so I was willing to stop where I was and start over and chalk that first foray up to practice. Onward!

Actually, it's impatience. I want to get to the completed part where I feel good about the project and myself RIGHT AWAY. So when I make a mistake, that means slowing down and backing up. That makes me (and my middle son) impatient. But we did it with the paracords and I'm doing it with the knitting.

Mistakes and lack of information: they are inevitable. I didn't realize for the arm knitting I needed more than one skein. No worries. I paused and thought about it for a few days and realized what I would do.

I also know I work better as part of a team. That's why the candle making went so well. I had my husband there to back me up when I faced a problem, to talk through my plans, and to get in the way of the hot wax that I splattered across the kitchen. He kept it from hitting the floor. I helped him out later with his "make perfectly clear ice" prototype. So, you're welcome, honey.

Posted by Elizabeth Pagel-Hogan at 6:44 AM