I am not a party planner. But our three boys love to celebrate their birthdays and each has their own preferred way. So I've been forced to venture out of my comfort zone in order to conjure up some birthday fun.

And yes, it's not even Christmas, but birthday party season is coming up for me. We have birthdays in January and February, and last year I started planning so late my oldest son celebrated his birthday in March!

Right now, I'm talking to my oldest about scheduling his party at Flight Trampoline Park in Bridgeville so we can try their new American Ninja Warrior Course


It never hurts to plan early. And I love some creative ideas. In the meantime, here's an overview of what we've done in the past.

My youngest turns seven in January. His winter birthday does limit our party places. For his third birthday, we did enjoy a family trip to the Berkeley Hills Fire Company near our house. The tour was a lot of fun for everyone. 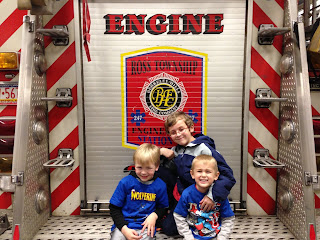 As he's grown, he has gathered a small group of good friends and he really likes to just schedule a playdate party at our house. He doesn't want any entertainment or activities.

His fourth birthday was a simple superhero theme. The only scheduled activities were coloring superhero pages and a failed attempt at a giant board game laid out in the house. After that, he told me that he didn't want me "bossing his friends around" at the party.

He does enjoy cooking, and did allow us to set up some cooking and food-based activities for his fifth birthday party. For his sixth birthday party, he deviated from his party at home theme and really had a great time at Bruster's Ice Cream. There was a lot of hands-on activity and some delicious ice cream…and I agreed he could have a smaller contigent of friends over afterward for his favorite play date. 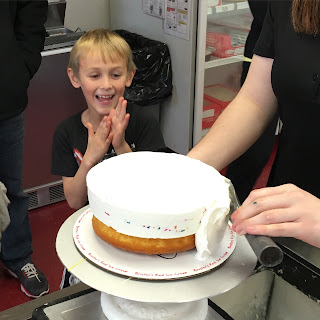 My middle son loves an at home party, too, but he likes to go big. His birthday is in May so we have been lucky enough to keep his giant horde of friends outdoors. Two years ago he went somewhat small with a four person sleepover. He also helped make this impressive birthday cake. 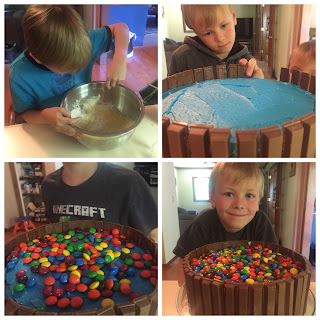 But every other year it's been a bunch of kids in the backyard and in the park going crazy. He usually doesn't have an interest in a theme but this past year he started with Star Wars invitations and then closer to the party requested Harry Potter activities.

I searched Pinterest and found lots of great ideas, but we were starting a home renovation the day after his party, so I had to really modify to what I could handle. 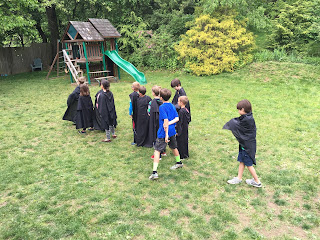 Now the oldest is all about the activities. His fifth birthday was at the Children's Museum. For his sixth, we took his class bowling. In second grade, we took friends to Laser Storm. In third grade, he was the first kid in his group to have a party at Fun Slides, before they moved to the North Hills. In fourth grade his friends were flying high at the trampoline park. 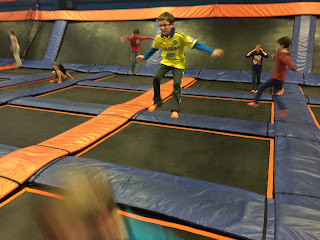 And for his fifth grade birthday, he had an incredibly fun party at Sports and Courts. I think Sports and Courts might have been his favorite party, but anything that lets him and his friends run around and be active, he loves. 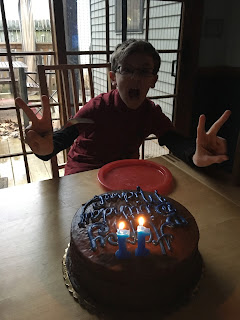 So we've had some excellent birthday parties. In 2017, I'm thinking about a party at ATA Martial Arts in Wexford for the middle, but he might prefer the video game truck followed by playing in the park.

What's really exciting is that one of our favorite summer camps, Hi-Tech Learning now offers birthday parties! They can bring Video Game Design or Minecraft Workshop to your house. I can see the all three kids wanting to have this.

The oldest really enjoyed paintball at Steeltown but his winter birthday makes activities like this tough to plan. The youngest is getting older and might like a laser storm or bowling party. I also learned that the Goldfish School offers swimming birthday parties, and that could be really fun in the middle of winter.

Art parties are pretty popular and Dots and Doodles and Katie's Clay offer those.

I think a cooking party would be a lot of fun, too, but I've never been to one. We loved our class at Yvonne's, but that's more of a small family style place. Gaynor's could be a good option.

I also know kids have had fun with parties at Highmark Stadium with the Riverhounds, but we'd have to wait until late March for the season to start.

So what's your go to birthday party idea? What have your kids loved? And what hasn't been a crazy hassle for parents?
Posted by Elizabeth Pagel-Hogan at 6:00 AM