Here's another kid who isn't a disaster in the kitchen. While we were buying groceries at Target, I spotted this tie-dye cookie kit from Duff Goldman and knew right away he would want to do this. It took us two days.

Day 1 was mixing the dough and dyeing the dough. The box called for four colors of dough, but he didn't want an orange, he wanted 2 yellows. My suggestion for a green was also declined. It was very difficult for him to stir the dye into the dough, so I donated some elbow grease. Then the dough had to rest, and this kid had soccer, so we had to wait until Day 2 to swirl and bake.

Day 2 was his favorite part by far. 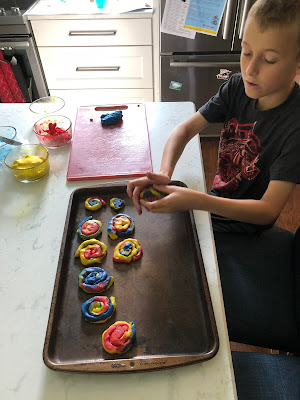 He rolled the dough into four balls. 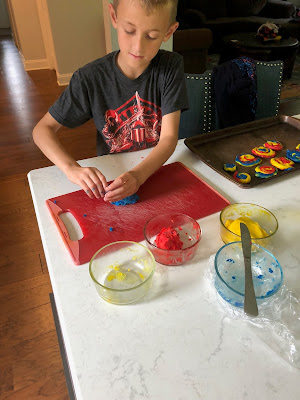 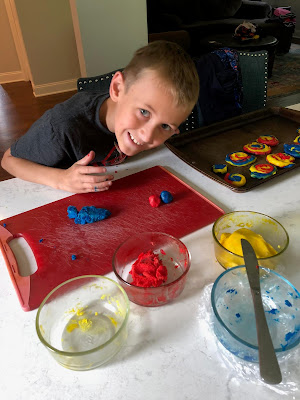 Then he smooshed those dough ball together. 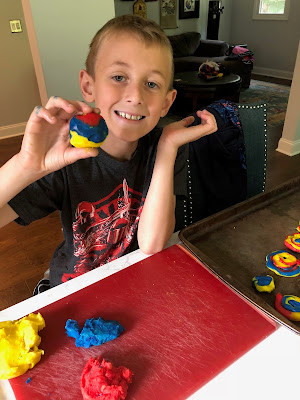 Next he rolled out a rope. 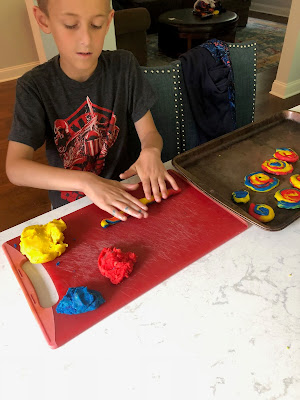 And last he twirled the rope into a spiral. 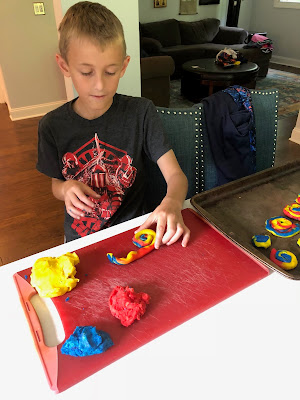 The final results LOOK good…but how do they taste?? 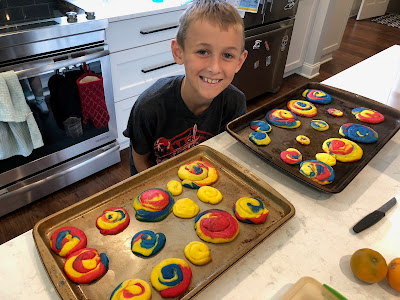 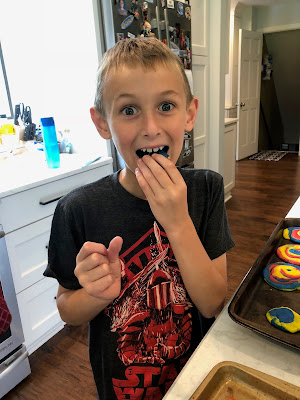 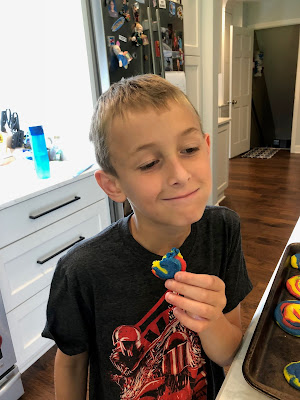 Posted by Elizabeth Pagel-Hogan at 10:04 AM